Another Tuesday, some more technique.
The great John K. creator of Ren and Stimpyhas a series on composition for cartoonists and animators. Here is a page with links to each blog post. It’s a good series, and is useful for fine artists who paint realistically, and illustrators, as well as the people they’re aimed at.
Today I’m interested in one post in particular and his small rant on why todays animations are seriously lacking.

Here is an example of what happens so often in the crazy inefficient, wasteful animation production system we have today. There are so many steps in the animation production process, where about 5 different artists all work on the same scene and each one in succession has to draw the same pose that the previous artist drew, and each time the scene gets watered down, until the final scene is completely stiff and lifeless and has lots its original purpose and meaning…

There’s more. The post is about composing your poses together and having characters interact with each other.
He illustrates with examples from animations, and cartoons/comics 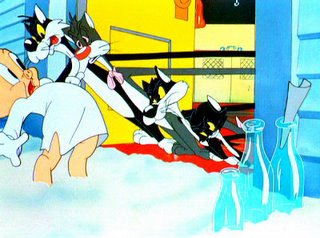 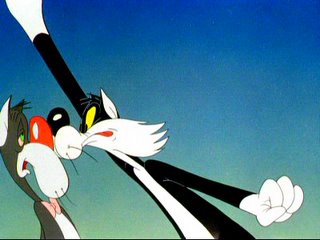 He could just as easily used some examples from the fine arts. Such as: or a couple from Rembrandt: See how every character reacts to the others? There’s more at the links above, including negative/positive space, etc.

Free art class–what more could you ask for?