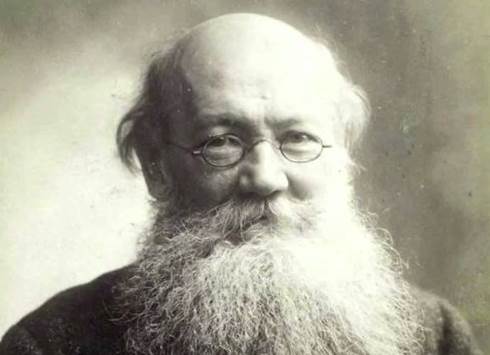 [He is] that beautiful white Christ which seems to be coming out of Russia … [One] of the most perfect lives I have come across in my own experience.—Oscar Wilde…View Post

Source: The Ants Have Not Read Kant: Pëtr Kropotkin and Mutual Aid – Areo

Kropotkin’s observations in Siberia had drawn him to a startling and dramatic conclusion: mutual aid was not only common, but “of the greatest importance for the maintenance of life, the preservation of each species, and its further evolution.” Soon, he would be describing mutual aid as a biological law, particularily after he read a lecture on mutual aid that Karl Kessler, dean of the University of Saint Petersburg, had presented to the Congress of Naturalists.

Kropotkin’s time in Siberia turned him into not only an evolutionary biologist but also a full-fledged anarchist. “I lost in Siberia,” he would write, “whatever faith in state discipline I had cherished before. I was prepared to become an anarchist.” Kropotkin’s anarchist philosophy developed naturally from his work on evolution and mutual aid in animals. Anarchism argues that no centralized government is necessary for people to lead happy, just and equitable lives. The mutual aid that Kropotkin saw among the animals of Siberia led him to that same conclusion. He came to believe that mutual aid had deep biological roots because animals engaged in it despite the absence of anything remotely like a government. The process of natural selection had favoured mutual aid in animal populations: anarchy, Kropotkin writes, was “a mere summing-up of … the next phase of evolution. It is no longer a matter of faith; it is a matter for scientific discussion.” And since animals cooperated in the absence of government, it seemed to Kropotkin impossible that humans could not find a way to break free of government shackles.