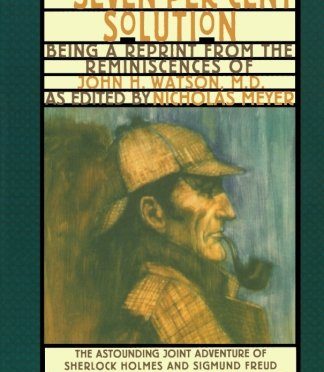 Few novels have been as eagerly awaited as John Dunning’s sequel to the award-winning “Booked to Die,” which was hailed by critics and readers for both its powerful writing and its fascinating glimpse into the world of rare book collecting. Now, Denver cop-turned-book-dealer Cliff Janeway is back, lured by an enterprising ex-cop into going to Seattle to bring back a fugitive wanted for assault, burglary, and the possible theft of a priceless edition of Edgar Allan Poe’s “The Raven.” The bail jumper turns out to be a young, vulnerable woman who calls herself Eleanor Rigby, and who happens to be a gifted book scout. Janeway finds Eleanor enchanting — and is equally intrigued by the deadly history surrounding the rare volume. Stalked by people willing to kill to get their hands on it, a terrified Eleanor slips from Janeway’s grasp and disappears. To find her, Janeway must unravel the secrets surrounding the book and its mysterious maker, for only this knowledge can stop the cruel hand of death from turning another page….

The news is bad: five young women—so far—raped, tortured, and left in the Montana wilderness to be devoured by coyotes. It’s not long before Gabriel Du Pré, Métis Indian cattle inspector and occasional deputy, gets the call from Sheriff Benny Klein, summoning him to yet another grisly crime scene—this time in his own backyard. Not far from the victim, he finds two more murdered women, their bodies arranged over each other in a cross. A message from the killer? But what does it mean?

Working alongside a Blackfoot FBI agent and his feisty female partner, Du Pré, a father and grandfather with two daughters of his own, gives his all to the manhunt. But as more victims are found, and a young woman he cares about disappears, he will come to the grim realization that he must learn to think like this monster in order to catch him.

“Like the most memorable creations in detective fiction, [Du Pré’s] moral center is unshakeable” (Booklist).

Notches is the 4th book in The Montana Mysteries Featuring Gabriel Du Pré series, but you may enjoy reading the series in any order.

First published in 1996, this book’s insight into race and relationships is just as true today as it was then. It’s about colonization and what it does to the colonized. A great book, although it was a slow start for me.

A national best seller, Indian Killer is arguably Sherman Alexie’s most controversial book to date—a gritty, racially charged literary thriller that, over a decade after its first publication, remains an electrifying tale of alienation and justice. A serial murderer called the Indian Killer is terrorizing Seattle, hunting, scalping, and slaughtering white men. Motivated by rage and seeking retribution for his people’s violent history, his grizzly MO and skillful elusiveness both paralyze the city with fear and prompt an uprising of racial brutality. Out of the chaos emerges John Smith. Born to Indians but raised by white parents, Smith yearns for his lost heritage. As his embitterment with his dual life increases, Smith falls deeper into vengeful madness and quickly surfaces as the prime suspect. Tensions mount, and while Smith battles to allay the anger that engulfs him, the Indian Killer claims another life. With acerbic wit and chilling page-turning intensity, Alexie takes an unflinching look at what nurtures rage within a race both colonized and marginalized by a society that neither values nor understands it.(US) (UK) 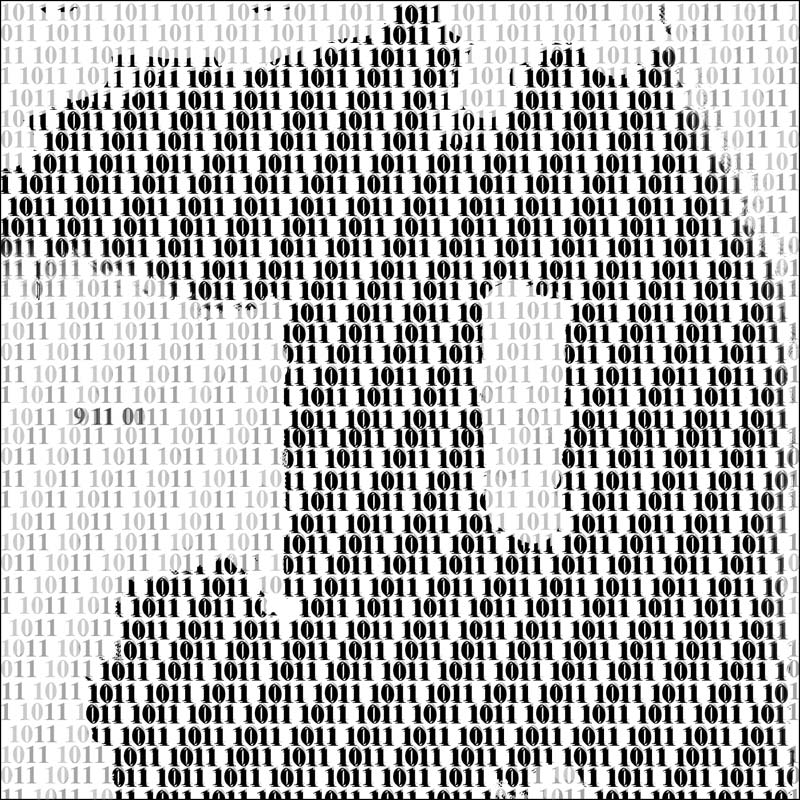 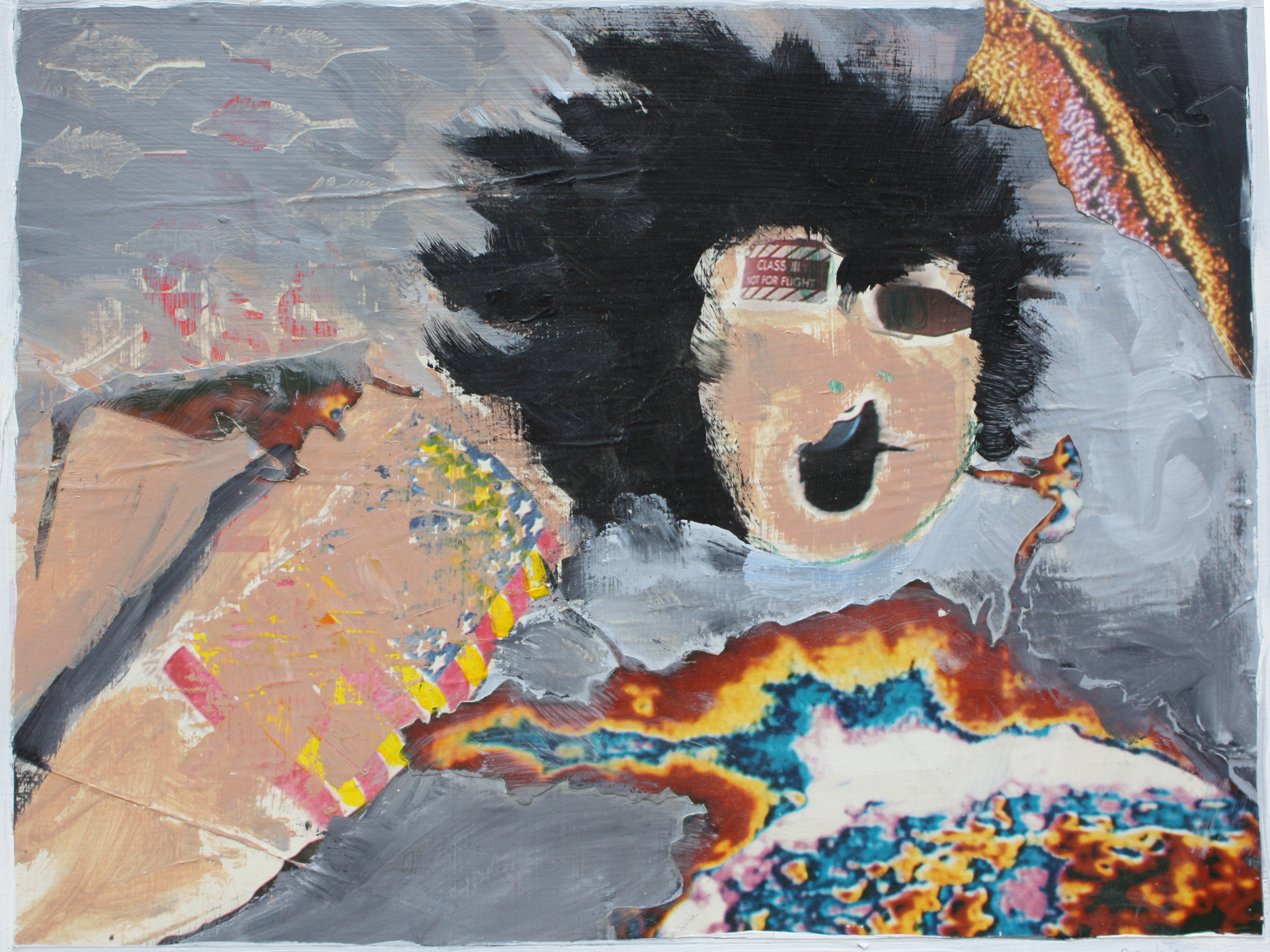 That piece of art right there is how I’ve felt for over 9 months now, but my Oncologist says I’m in remission. Which with Multiple Myeloma means I get to go on maintenance for, probably, the rest of my life. Maintenance means I get to keep taking the Revlimid on the schedule and dose I am on now, I only have to go to the hospital every 2 weeks for my Velcade shot, instead of every week. My Zometa is on the same 4 week schedule til the end of the year, and then I’ll be getting it every 3 months (this is the med that strengthens my bones which the Myeloma has eaten away. Big news is no more Dexamethasone, which means I might be able to sleep weekends, and not be up at 2:30 AM. 🙂
That’s my really big news for the week.

10 Libertarian Thoughts on the Civil War
An interesting article on mid 19th century world history and the civil war. The section on Brazil makes me wonder if that may be why Nazis moved there after WWII.

By Brandon Christensen
August 23, 2018
…
2. Brazil and Dom Pedro II. Brazil shares many similarities with the United States, including a long history of slavery. In fact, Brazil was last country to abolish the slave trade (1853) and abolish slavery (1888), and while the country remained neutral during the Civil War, its impact could be felt. Most notably, after the confederacy surrendered to the north, 20,000 slave owners fled the United States and moved to Brazil, where they established new plantations and became known as “Confederados.” Brazil was a monarchy at the time, and its emperor, Dom Pedro II, had sent recruiters to the American south in order to bring skilled tradesmen and farmers to his country. While the emperor himself worked to abolish slavery in his country, he could not pass up the opportunity to invite tens of thousands of skilled migrants into his realm to help spur economic, political, and cultural development. The last monarch of Brazil, Pedro II’s Brazil fought two wars during the American Civil War, one against Paraguay and one in Uruguay as an intervening neighbor. The Paraguayan War, which lasted from 1864-70, was the deadliest interstate war in Latin American history and was fought between Paraguay and an alliance of Brazil, Argentina, and Uruguay. Brazil’s role in the Uruguayan War (1864-65) was to bolster the support of the governing party (“Blanco party”) and help it fight a rebellious party (“Colorado party”) that was supported financially and ideologically (but not militarily) by Argentina, Brazil’s ally in the Paraguayan War. Brazil emerged from these series of wars as a regional hegemon and Pedro II is admired domestically for his statesmanship involving these wars….

This was a great mystery story, set on Matinicus, an island off the coast of Maine. Some nice plot twists, a mixed in ghost story, and more made this fine reading. I was impressed. Picked this up used at a local bookstore.

Praised by Kirkus Reviews as “The kind of book readers will tear through, only to find themselves hungry for more,” this century-spanning double mystery steeped in Maine island lore pits a renegade fishing community against an unhappy child-bride of the 1820s, a defiant twenty-first-century teen, and a hard-drinking botanist—Dr. Gil Hodges—who escapes to the island of Matinicus to avoid a crazed ex-lover and verify a rumored 22 species of wild orchid, only to find himself hounded by the ghost of a child some 200 years dead.

If Gil’s hoping for some peace and quiet, he’s clearly come to the wrong place. Generations of infighting among loose-knit lobstering clans have left them openly hostile to outsiders. When a beautiful, bed-hopping stranger sails into the harbor, old resentments re-ignite and people begin to die—murders linked, through centuries of violence, to a diary whose secrets threaten to tear the island apart.(US) (UK)